One thing about the Boston Terrier is he is a American dog breed.  Originally there was a dog named Judge that was the foundation of the breed you might say.   With a little terrier thrown in and even some Bulldog sized down to what we have today.  Signature style with the markings and coloring. Brindle and black with white that is the Boston. Little dog all dressed up to go on the town. Perked ears and pushed in face! I created this little family on request. A dollhouse needed a family of Boston Terriers one would not do. I thought picturing them in a dog house would be a cute idea.. 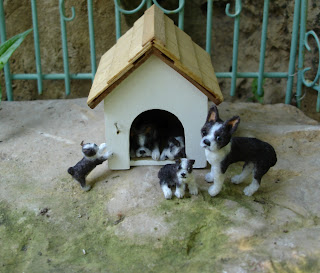 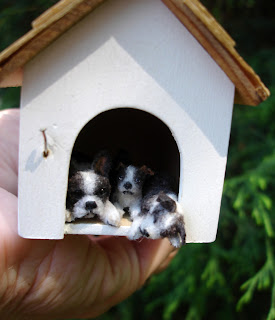 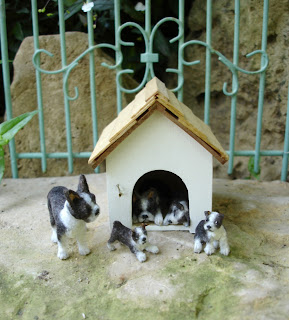 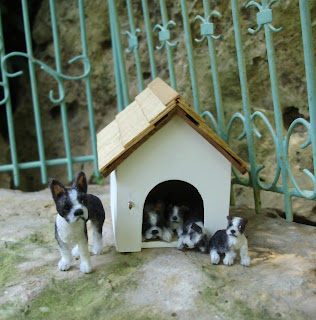 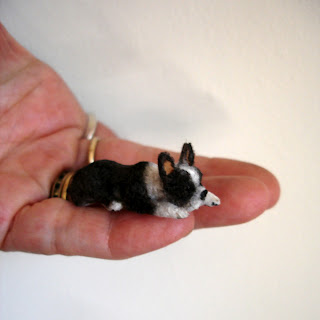